Melbourne 17 March, 9 o’clock in Melbourne and we were waiting in front of the cycle shop, where we booked our bikes. 15 minutes later the owner arrived and opened the shop. Half past ten we could enter it and say our enqurie. However, it was a bit of aproblem, because nobody noted our booking we made several weeks ago. So in first instance there were no bikes for us. After additional 30 minutes had passed, they told us that they had three Bikes left and that we just needed to wait so that the bikes could be checked. 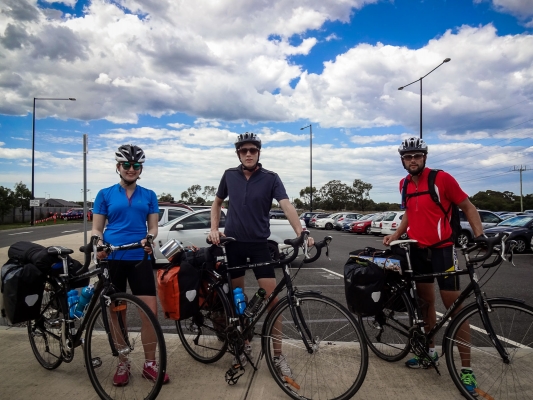 Geelong – Anglesea 37 km
At eleven o clock we were sitting very happy on our 12-15 kg packed-bikes and were on the way to the Station. Yes, we started our bike tour with a train ride to Geelong to circumvent melbourne’s traffic. It was 32 degree and we accomplished the first 15 km to Torque without any problems. We enjoyed an ice cream at the beach and decided to do some grocery shopping before heading to Anglesa. To get there we left the GOR and cycled directly along the coast. We had so many beautiful views and we already got a hint about the slopes we will experience the coming days.

The campground in Anglesa was located directly at the beach and was very well equipped. After we built up the tent, we enjoyed the last sunbeams at the beach. By that time, we didn’t know that these were the last ones we would see for a couple of days. 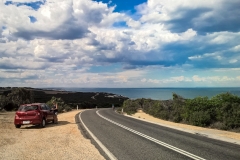 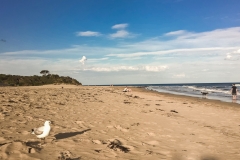 18th of May, it was 1 am. I got up by the noise of rain pouring on our tent. After I closed the windows, I slept until 3 am. By that time, I awoke due to hard rain falling down on our tent. To avoid that all our clothes got wet, we brought our backpacks into the washing rooms. At six am the rain hadn’t stop- a view outside told us that we were surrounded by water. Also inside the tent it slowly got wet. So we packed everything together and hang it up in the washing area to let it dry before we cycled to Lorne. Rain and wind didn’t make it easy to ride, but we still had fun and the awesome views made us nearly forgetting the weather.

After 30 km we arrived in Lorne. We did some grocery shopping and thought about future plans. We decided to cycle further to Wye River. The wind was already that strong that we had to pedal to go down the hills. Fortunately, the rain got less. We were lucky and could built up our tent on dry ground at the camp ground in Wye River. 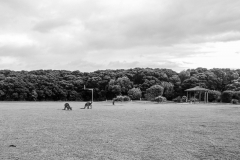 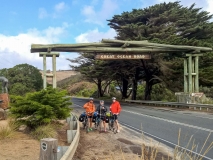 Wye River – Cape Otway 64 km
The next morning came without any problems in the night. After we packed everything together we continued our journey. In Apollo Bay we made a stop at a grocery store, because we knew it will be the last one for a while. Fully packed with fresh food, we got ready for the hardest part of our journey. Our destination was Cape Otway, the highest point on our route. And really after Apollo Bay it was only climbing, climbing, climbing…, we were really happy that it wasn’t 30 degrees anymore. Totally exhausted did we arrive at the campground. On the way we got welcomed from some Koalas. 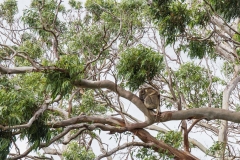 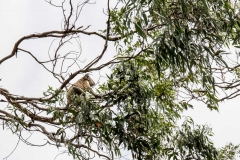 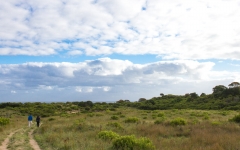 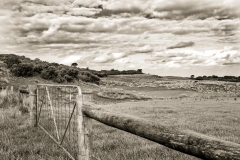