Finally after 2 month in Newcastle, Laura and I traveled to the big City Sydney. It’s Thursday today and Laura took the Friday off. The actual plan was to meet my brother Kim and Julia in Sydney today, unfortunately the flight from them is arriving one day later. In this case Laura and I explored Sydney by ourself the first night. Floated through the crowd of people, we arrived at the Harbour where the Opera House is located as well. I took the chance to make nice nightshoots of the Opera House and the Harbour bridge. 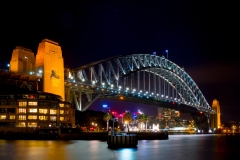 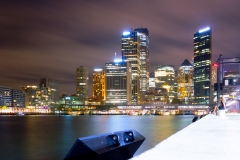 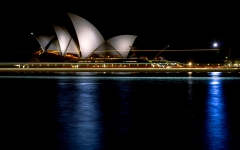 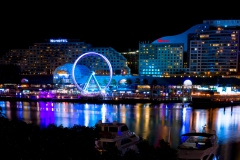 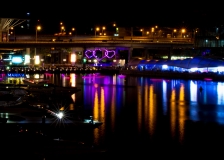 The next day we picked up Kim and Julia from the airport. We started the day exploring Sydney from the water with one of the nice Ferrytours. With this tours you get a chance to see all different suburbs from Sydney and you can also book it as a hopp on hopp off tour. After the tour Kim and Julia took a nap in the botanic garden close to the Opera House. I tried to take some art shoots from the opera house during that time. With new power from the nap and some good dinner, we explore Darling Harbour. It is really pretty at night with all the colorful lights around. 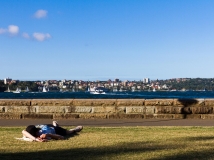 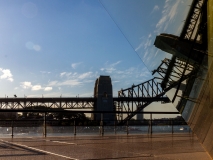 Our plan was to plan the next day a little bit relaxer. So we decided to go to Bondi Beach, enjoy the beach for a while and hike after it the Bondi to Coogee Walk. It is an 8km long walk along the coast. You past different beaches and can enjoy amazing landscape views. We needed around 2 hours for it. After the walk we took the bus back to our accommodation for dinner and get ready to see the mardigra parade. It was so crowded with crazy, funny people everywhere that we didn’t get a chance to see something from the parade. Anyway it was good to see all the people having fun. 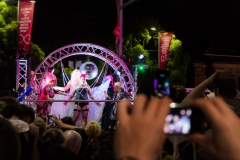 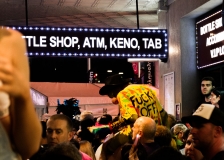 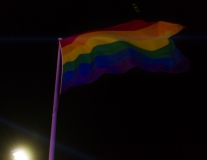 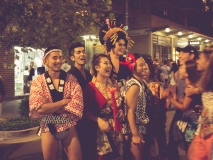 Laura drove back to Newcastle on Sunday and we headed up to the Blue Mountains, Katoomba. We had a camping base directly at the start point to the Three Sisters. After we built up our tent, we made our first hike, the Cliffwalk o the Sisters. It was a long walk of 16km, but we were rewarded with awesome views. 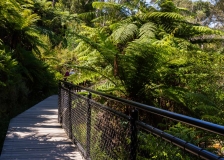 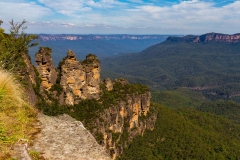 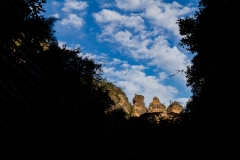 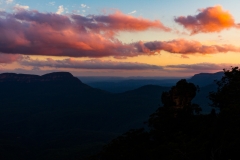 The next morning, we woke up, because it was so cold. We really had not thought that is was going to be that cold! Nevertheless, we were on time to start our way to Blackheat to make our second walk. This time we chose the Pulpit Rock Walk. It was a very nice 10km walk along the rim of the mountains with spectacular views. At around 4pm we caught the train back to Sydney. Unfortunately, we missed the train to Newcastle, but we arrived safe home one hour later at around 10p,. 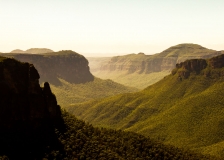