There was a long time of planning, discussions, collecting and exchange of information and to reschedule everything. But the result was that we know our rough route for the big, 23 days long, trip through the south-west of America. The start is Denver, CO and the destination San Fransisco, CA. Check out the detailed route here. If you look at the link, you saw that there is a lot of work to do. The first week is filled with a lot of nice Canyons and National parks. Halftime is in Las Vegas. The idea was, to spend the last week on the west coast for relaxing, you know… summer, sun, beach and the ocean. But this was just the idea 😉 later more.

Start was Friday the 2nd of August 6pm, due to the time different we are arrived just one hour later at 7pm in Denver, CO ;P. From the plain the country looks flat like a plank, no nature green and no trees. Absolute opposite to Tennessee. Arrived in Denver you can see how the big Rocky Mountains grow out of the plank.

I‘m really looking forward to start the journey. At the Rent A Car station, of course my choice of car was a car with 4wd. So we got a Black Jeep. Why 4WD? Because I want to drive offroad ;D And I drove Offroad, but later more…

After check-in in a Motel 8, we were just wandering around downtown Denver. The next day we made a short (really just a small) visit in Denver at Day. 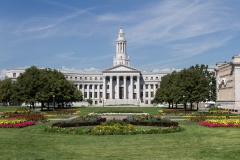 Time to leave Denver, and drive direction Pikes Peak. But before we arrived Pikes Peak we made a small detour to Gardens of the Gods. It’s not really a detour and really nice place to see. 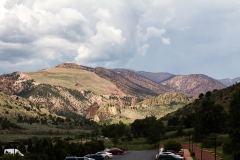 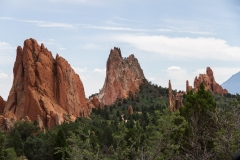 After our first red rocks, we are going to climb up to the top of Pike Peak. This means 14 110 Ft climbing, of course with the car. Arrived on the top, the first what you think is “Holy Moly, where is the oxygen?”. And it is so cold that there was snow. But you can enjoy, a little bit dizzy, a fantastic view. 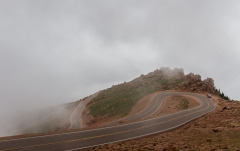 At the middle of the way down, we had to stop because the brakes from the car were to hot. After a break of 30 minutes we started direction Gunnison, our next destination. But just for sleep. Because the journey is the reward, a journey were you can stop every 1400 Yard to enjoy the view and everything. And all what you think is, where will this end I just started?

And where the hell is this road ends? You try incredulous to follow the road with your eyes till the end. 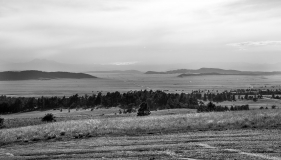